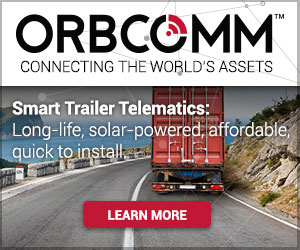 Christenson Transportation is a mid-size, family-owned truckload carrier based in Springfield, Missouri. The business owns and operates 430 dry van trailers that haul high-value, time sensitive freight across the US, including tires, electronics, and baby formula.

A three-time winner of the Truckload Carriers Association Safety Award, the company prides itself on its commitment to safety, innovation and outstanding customer service. The carrier sees great value in adopting new technology to increase revenues, drive greater efficiencies and deliver a better customer experience.

Christenson’s fleet grew from 180 to 430 dry van trailers in the last ten years, making it difficult for the carrier to keep track of its trailers’ whereabouts. And, with added pressure to see a return on investment on the new fleet, the company knew it needed to find a solution that would help it move more loads.

Christenson set out to grow revenues, improve turn times and achieve a tractor-to-trailer ratio of 3-to-1 as the goal. According to Don Christenson, President and CEO of the company, “we knew we needed to improve utilization, specifically our turn times. We weren’t doing ourselves or our customers any good if we continued to make assumptions. We needed hard data to assess operations and make smart business decisions.”

Christenson set out to grow revenues, improve turn times and achieve a tractor-to-trailer ratio of 3-to-1 as the goal. “We needed hard data to assess operations and make smart business decisions.” Don Christenson, President and CEO

Long detention periods and unauthorized use of trailers was also draining profits. “For example, we realized that some of our assets were missing and unaccounted for,” Christenson said. “We believed that some trailers were being hauled by other carriers and used occasionally by customers as additional warehouse space. This had a significant impact on our bottom line, so we had to figure out a way to know what was happening with trailers once they were out of our yards.”

With a goal to increase capacity without further expanding its trailer fleet, optimize trailer visibility and deter unauthorized use, Christenson set out to find a solution that would deliver:

By covering each of these, Christenson was certain the company could achieve its 3-to-1 utilization business goal.

After extensive research and evaluation of multiple providers, Christenson determined that ORBCOMM’s solar powered, GT 1100 trailer tracking solution would help meet its business goals. The GT 1100 communicates over the cellular network, reports trailer location, movement and status, and delivers automatic event-based alerts. Multilevel geofences enable users to delineate an area inside a geofence to see when trailers move within the yard, for instance, between loading and unloading docks.

“The install was easy and intuitive,” said Christenson. “It’s the only solution we found that didn’t need to be wired into an ABS system.” ORBCOMM’s system fully integrates with McLeod’s LoadMaster platform, which further simplified the deployment. In a short time, dispatchers were able to access actionable, real-time trailer data and reports right from the familiar LoadMaster interface, without having to learn a new application. “We determined that we saved 75 percent on installation costs compared to the other solutions we considered,” said Christenson. The company successfully deployed the solution in all 430 trailers in less than 90 days.

Having worked with other telematics providers in the past, Christenson also highlighted ORBCOMM’s unparalleled support during the sales and installation cycles. “Our ORBCOMM liaison helped us in a timely manner because he understood our business’ urgency. We were personally introduced to our dedicated customer service team, who worked around the clock to get us up and running quickly. They really brought their A game by making over-the-air changes and tweaks whenever we requested it to meet our specifications.” 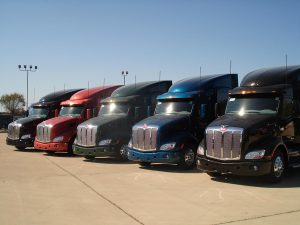 Shortly after deploying the solution, Christenson identified the location of a trailer that had been missing for a full year. Having a trailer out of rotation that long meant a revenue loss of more than $84,000. Equipped with smart tracking devices, Christenson’s trailers were now visible to fleet managers, which made it possible to quickly spot missing assets and unexpected movement. In addition to that trailer, the shipper for lost revenues.

The system has also helped the company reduce losses due to detention. By tracking arrival times and trailer status, the carrier can now see when customers exceed the allowed time and either bill them or notify them. “With hard data in hand, the losses due to detention have been minimized. There is no he-said-she-said,” Christenson said. “We can show proof of use beyond the contract’s terms and bill customers and help them change the way the operate with us.” Christenson saw a significant decrease in unwanted behavior once customers learned trailers were being closely monitored.

Another benefit for Christenson has been the ability to offer customers shipment visibility from time of load to delivery. “We are able to give customers portal access so they can see shipment progress themselves and receive geofence alerts when the truck gets to the dock,” Christenson said. By accurately predicting arrival times, customers can now line up crews and schedule unloading into the day’s plan more efficiently.”

Just as important, ORBCOMM’s trailer tracking solution allows Christenson to monitor high-value cargo to minimize theft. By closely tracking unscheduled stops and route deviations, the company is able to improve security, maintain a good standing with customers and attract new shippers. As a next step, the company is looking to incorporate door sensors to also monitor for unscheduled door openings.

Christenson is well on its way to achieving its goal to reduce tractor to trailer ratios to 3-to-1. With quicker turnaround times, more efficient utilization, and constant supervision of the trailers, the company envisions adding 120 additional trucks without increasing the size of the trailer fleet. ORBCOMM has helped Christenson get on its way to increasing revenues by 67 percent.

Lina Paerez is Director of Product Marketing at ORBCOMM. She is responsible for the strategic positioning, messaging and deployment of new products and services. Lina has over 12 years of experience in marketing, sales and market development for the Telecommunications industry.