Tachograph Rules: What European Drivers and Hauliers Need to Know

“How long can drivers legally work in a day?”

“What vehicles require a tachograph?”

These are just some of the Google search terms used around tacho and tachographs. It shows that while HAU drivers and hauliers may well be familiar with the broad tachograph legislation, there are plenty of nuances and country differentiations to consider.

Image via Google Trends, worldwide search for “Tachograph” over 12 months.

Although European and International tachograph regulations have been in place for decades, new entrants to the trucking market and even veterans still have questions. Here we take a closer look at the regulations across the EU and how international and domestic rules work hand-in-hand. 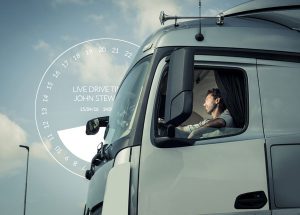 The EU regulations underpin truck safety campaigns and rules at a national level.

Heavy Goods Vehicles (HGVs) have a defined set of base rules that govern working hours. These rules govern the working hours and outline daily and fortnightly driving times as well as rest breaks. The objectives of the rules include improving road safety by reducing driver fatigue, avoiding competitive driving and improve working conditions for drivers within the EU.

The common rules of Regulation (EC) no. 561/2006 cover driving times for road haulage and passenger vehicles. It encompasses international and national journeys, over long and short distances, employees and self-employed and drivers for their own account and for hire and reward.

The rules are measured using a tachograph. Tachographs collect driving time, speed and distance and are used to make sure drivers and employers follow the drivers’ hours rules.

The rules that apply to drivers in the EU include:

These rules are part of an international and national effort in creating awareness and ensuring a continued road safety emphasis across the region. In addition to European rules, many EU countries have their own national rules and campaigns.

Adhering to two sets of tachograph rules can be complex, as drivers and carriers need to negotiate both. For example:

The tachograph rules also govern rest breaks and obligations of drivers who must take:

How Do Tacho Rules Differ Across Europe?

Here’s a look at how the legislation differs in some European regions:

The Federal Office for Goods Transport (BAG) carries out inspections onsite and at the roadside. These are in cooperation with transport authorities and the police to ensure compliance with national and international legislation and regulations.

The rules specific to Germany include:

In France, as with other EU countries, there are two key areas of legislation: EU Directives and National French Laws. French rules are unique and complex for several reasons including:

In Great Britain, it remains to be seen what part Brexit will play on national legislation. However, one thing is likely: a continuing focus on keeping roads as safe as possible. The Driver and Vehicle Standards Agency (DVSA) sets the rules on Great Britain’s (GB) drivers’ hours and tachographs for goods vehicles in GB. Within Great Britain, either UK domestic or EU rules apply.

Drivers are obliged to use a tachograph if the vehicle comes under EU or AETR rules. 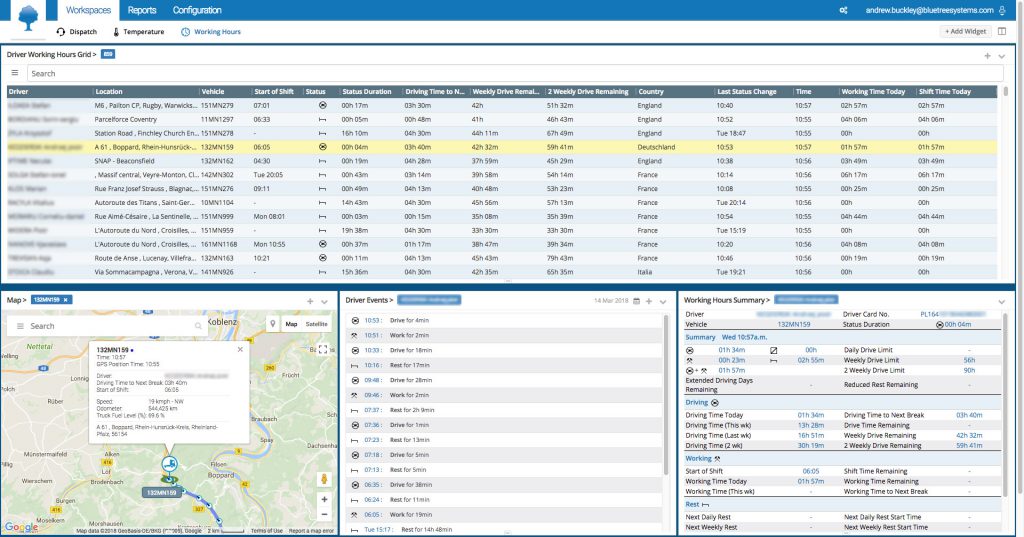 Tachograph Rules Beyond the EU

For journeys outside the EU, where the countries are signatories to the AETR, drivers are subject to AETR rules. For journeys that are partly in the EU and partly in countries that are neither in the EU nor AETR signatories, EU rules apply to the journey portion in the EU. Countries outside either the EU or AETR are likely to have their own regulations around driving hours that should be adhered to.

The Future of Tachograph Beyond 2018

In January 2018, the European Commission’s Joint Research Centre released the European’s 60 Stories for the 60th Anniversary, a document that gives a timeline and a story that is deemed of relevance to EU citizens. JRC Senior Scientist Jean-Pierre Nordvik said: “Safer transport involves hidden technologies as well as fancy driver aids.”

While not everyone will agree with the description of a tachograph in that way, it’s clear that the digital tachograph is a fundamental element in enforcing European social legislation for professional truck drivers” and is now deployed in more than 50 countries.

There are a lot of elements to understand for drivers, hauliers and anyone associated with tachographs. The elements increase as borders come into play and pan-European transportation increases.

As reliance on technology increases, tachographs continue to change and innovate. Smart tachographs are the next phase of evolution and will be mandatory by June 15, 2019.  The new generation will feature advanced digital technologies, like satellite position and short-range communications, automatic reading of journey times and deliver remote access.

Hauliers can rely on ORBCOMM’s Tachograph solution to ensure up-to-date compliance with national and international legislation. To learn more, contact us at sales@orbcomm.com.

4 comments on “Tachograph Rules: What European Drivers and Hauliers Need to Know”