Driver and fleet safety is a top priority for trucking companies today. With driver retention a hot topic for most carriers, it’s crucial that drivers feel safe on the road. Plus, fleet safety can impact a fleet’s profit as well through poor fuel economy, reduced CSA violations and roadside repairs due to accidents. We hear about the importance of safety every day from our customers, which is why driver safety is featured prominently in our solution portfolio. One such example is the new driver anticipation data and analysis available through our FleetManager telematics platform. Without further ado, here’s how to improve fleet safety with anticipation and telematics.

What is Driver Anticipation? 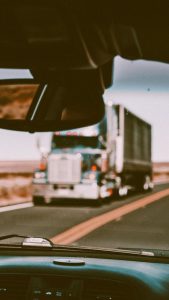 Anticipation measures the time taken before the brake is pressed after a driver lifts their foot off the accelerator. Each of these events is banded together and analyzed. The data is then compiled to deliver an Anticipation score, which contributes to the measurement of safer truck driving. Large numbers of events of a short duration, (e.g. less than one second) shows that the driver has to react too rapidly to events instead of the opposite; a controlled braking event. A lower Anticipation score is better as it suggests that the truck driver is anticipating the road ahead. In other words, slamming on the brakes would be given a high Anticipation score and, if this happens repeatedly, could be a sign of unsafe driving or poor awareness of the road. However, easing off the acceleration and waiting for a period of time before braking afterwards shows that the driver is coasting to a stop and is in complete control.

Anticipation can be used to measure truck drivers on a short-term or long-term basis. They can be reviewed over any time period (for example, over one week as well as over longer periods of time such as months or years). Such as the case with most trend analytics, the more data at your disposal, the more accurate your findings will likely be. Anticipation is a strong fleet safety indicator as it contributes to data which can indicate which drivers are more likely to have an accident. Plus, addressing any critical issues or negative trends can help prevent future accidents and lead to a safer fleet overall.

Truck drivers already have a tough enough job with plenty of demands put on them daily. With long days, tired drivers are bound to lose focus from time to time. Anticipation is a way to assist drivers in identifying the habits that could be risky so they can work on changing them before an accident occurs. By being cognizant of the unsafe behaviors, drivers can be hyperaware of these specific events which can lead to correction. Plus, having data that covers actions from drivers behind the wheel can help provide visibility and accountability throughout the fleet. Anticipation data is available as a performance metric or a safety metric and is available to the driver on in-cab devices. 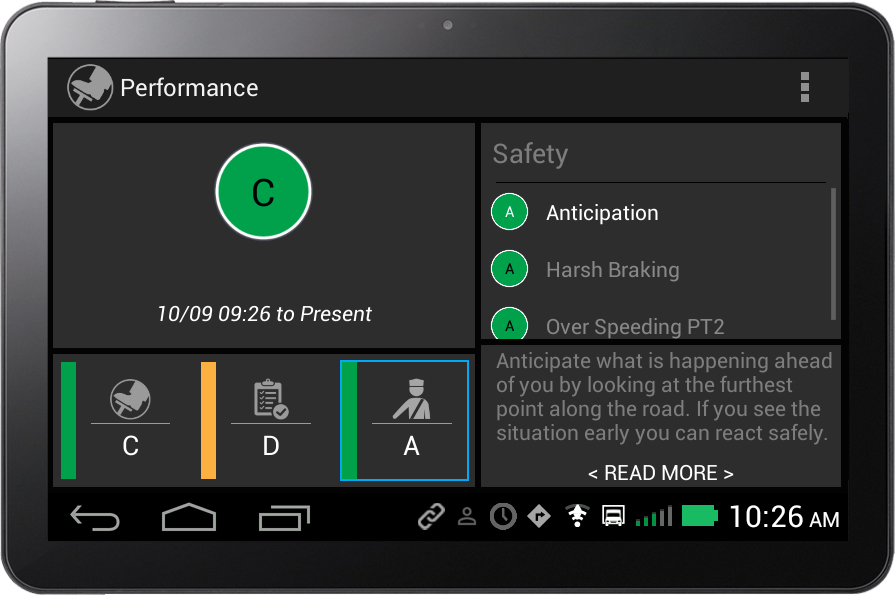 Built as a way to identify and correct poor driving habits, Anticipation is as important for fleet managers as it is for drivers. It is a coaching tool to identify individual and long-term instances of this behavior. Fleet managers can leverage Anticipation data to feed into fleet safety and driver training programs. It can be used to determine specific areas where drivers need assistance on a case-by-case basis. This can limit the need for certain drivers to receive coaching in areas where they consistently perform high on, bringing more intelligence into driver coaching. Plus, these scores can also show areas where poor anticipation may result in poor fuel economy or suboptimal component usage resulting in unnecessary wear and tear. By ensuring each driver is operating their vehicle in a safe and secure manner, fleet managers can be more confident that trips will be completed on time. 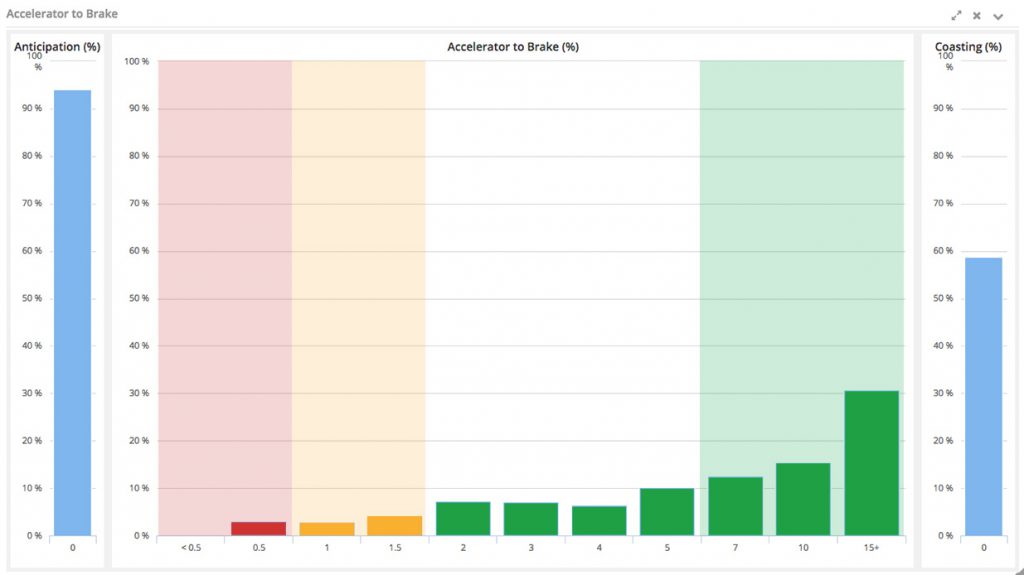 This driver is demonstrating excellent anticipation skills. They are managing their braking activity well in respect of the road ahead. 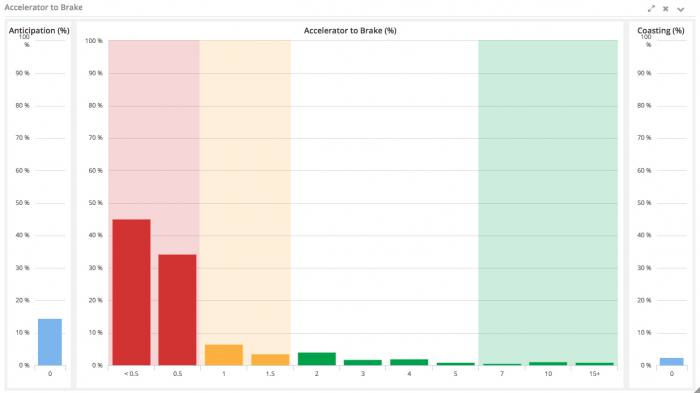 This driver is demonstrating poor anticipation behavior. The low Anticipation score suggests the driver spends a lot of time moving quickly between brake and accelerator and is reacting to the road ahead.

Anticipation data is compiled in various reports in FleetManager. It feeds into driver scoring, where each driver is compared and scored against each other. This can provide an average which can be helpful in determining overall adoption of safe driving behavior. Plus, it can create a positive competitive engagement between drivers to determine who has the best anticipation score. To learn more about what FleetManager.com has to offer, email us at sales@orbcomm.com.