In the heavy equipment world there is a need for continued innovation in order to stay ahead of the competition. From new product introduction to mergers and acquisitions, here are three examples of how heavy equipment manufacturers are building and strengthening their product offering. 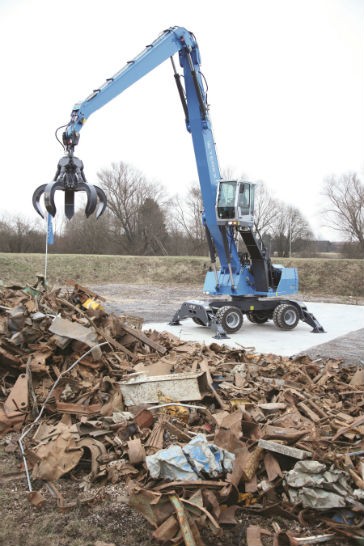 Merger: Terex Corporation, a crane and heavy equipment manufacturer (and a new ORBCOMM customer), recently announced that it was merging with its Finnish competitor, Konecranes. Under the all-share deal, the new combined company will be called Konecranes Terex and is expected to bring in $10 billion in revenues and create a more competitive global lifting and material handling company.

The merger is the most recent move by the company to innovate its product offering. Earlier in the year, the company announced the availability of a new telematics system for all Terex Fuchs E- or F-Series material handlers. Leveraging the CAN Bus system in the machines and the ORBCOMM satellite network to deliver the data, the Terex Fuchs Telematics system provides critical machine operating data, such as operating   hours, fuel level and consumption, handler location, service events, and maintenance notifications to the right people.

On the construction equipment side, Caterpillar has made a minority investment in an analytics firm called Uptake. As part of the partnership, the two companies will improve diagnostics technology for both Cat- and non-Cat-branded products. The new capabilities are expected to be released in the coming months.

Bonus! A recent article in Engineering News-Record reported that the Members of the Association of Equipment Management Professionals (AEMP) are working on a certification program for their telematics code for construction machinery. According to the group, once available, equipment manufacturers, suppliers, owners and end-users will be able to verify that a machine’s wireless application program interface complies with the standard’s data-stream protocols. The program is expected to be out by the end of the year.

Tell us what you think: How important is the quality of the telematics data to you?