Home › 1. Transportation › Growth Estimated for M2M and IoT Sensors but What About Security?

Growth Estimated for M2M and IoT Sensors but What About Security? 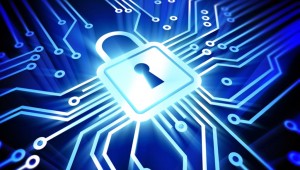 Compass Intelligence has released its latest report on “Sensors in M2M & IoT: A Global Analysis for Growth Opportunities and Solutions” and here is a quick summary of what they say:

Other research firms are reporting an exponential growth in M2M and IoT devices too. According to ZDNet, IDC expects more than 28 billion IoT devices to be installed by 2020. Gartner has a slightly more conservative outlook but still estimates 4.9 billion connections in 2015 and 25 billion connected devices by 2020.

As the market for wireless sensors grows, so will the conversation around security of the devices and the information they collect. There are already a lot of discussions around the security of the power grid and how vulnerable it is to hackers, but there are also concerns around the “smaller” systems. Here are some recent stories that have popped up on my news feed lately:

I wonder how big the market is for security of sensors in M2M & IoT? What do you think?…