Home › 1. Transportation › The Cost of Overweight Trailers and How to Avoid the Problem

The Cost of Overweight Trailers and How to Avoid the Problem

Latest figures from the UK’s Driver and Vehicle Standards Agency (DVSA)  say that overloading of Heavy Goods Vehicles (HGVs) has been a consistent problem since at least 2013, with more than 670 reported offences. Many of these lead to fines and prosecutions. While overweight trailers cause safety issues for all road users, it also causes a financial issue for operators. In April to June 2019, the average fine for overloading of vehicles in the UK was £5,453.27. Awareness and technology are key to avoiding the pitfalls of overweight trailers on UK and Irish roads. 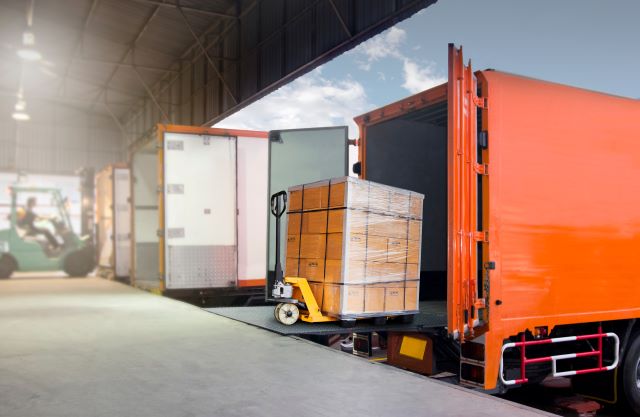 Why is Trailer Overloading a Problem?

Safety experts, regulatory bodies and operators agree that overloaded trailers cause lots of problems. These include issues that impact the driver, the fleet and the general road-using community.

What Are the Penalties for Overloading a Vehicle?

Overloaded trailers cause significant impact on the wider road using community. As a result, the DVSA in the UK and An Garda Siochana in the Republic of Ireland enforce restrictions on the weights that a trailer can carry.

In the UK, the DVSA can issue a fixed penalty if a vehicle is found to be overloaded. The penalty can vary depending on the severity of the offence. Fixed penalty notices include fines ranging from £50 to £300, with penalty points applied in some cases. The vehicle will also be stopped from continuing any further. Alleged offenders can choose to contest the claim in court if they want.

Operators are also responsible for ensuring correct trailer weights.  If the vehicle is owned by a UK operator, a notification letter will go to either the person or company that the driver said was operating the vehicle at the time of the offence or to the person listed as the owner or operator. This allows operators to fulfil their obligations of notifying the traffic commissioner. Failure to tell the commissioner about a fixed penalty is a breach of licence conditions.

In the Republic of Ireland, if a driver is stopped and found to be over the maximum axle weight, both the driver and owner can be subject to penalties. The driver can face a fine of €200, with one penalty point, rising to €300 and three penalty points on conviction in court. On conviction and if the notice is unpaid, the courts can impose a fine of up to €2,500, a prison sentence or both If an operator is convicted in court, they could case a vehicle class C fine of €2,500, a prison sentence or both. If convicted – with a laden weight exceeding 17 tonnes – the operator will also face further penalties payable to the local authority.

Prevention is better than cure. Fleets can avoid the hazards of overweight loads by using telematics to identify overweight trailers and solve the issue before it becomes a problem; to find out more, download our free e-book here.

We’ve just added a new trailer weights monitoring feature to our trailer tracking product which you can read more about here. To get an understanding of our full trailer tracking capabilities, download the EBS Trailer Weights datasheet.