We live in a world with huge amounts of information and how that data is received and assimilated can have life or death consequences in certain situations.

Information, much like building a house, must be framed properly in the context of each situation. Let take a look at an international airline pilot for example, who must sort through hundreds of pages of information on a daily basis to get from point A to point B safely.

Existing regulations mandate that a pilot/operator of an aircraft must examine each and every hazard from every major aircraft system and then be able to safely mitigate each one of those risks. International pilots must always consider the worst case scenario of an overwater flight, which is the loss of an engine followed by a decompression at a point furthest in time from a landing airport.

This is a problem since, should an aircraft lose an engine and have to descend to a safe altitude (in some cases 10,000 ft) where oxygen is not required, the pilot must plan to have enough fuel at this gas guzzling altitude to land safely at a diversion airport. Often there is not enough fuel capacity to do so and the flight must fly higher than 10,000 ft, where oxygen must be considered and planned for.

One worst-case scenario option the pilot must consider is an off airport landing or ditching. Making the correct decision here is critical, and requires flawless data analysis in a short amount of time.

So what does this have to do with marine traffic and AIS data transmissions? 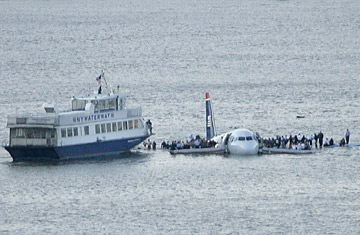 ADS has developed methods to use tremendous amounts of data and then convert this into a simple, easy to understand visual solution for the pilot to assess his situation. The logic directs the pilot to the next workable solutions, which become increasing less desirable but are available if necessary.

One such event could be an uncontrollable fire in the middle of the Pacific Ocean. As the engineers at ADS sought solutions which would guide the pilot to a safe landing, it became obvious that water made up 70% of the world’s surface and possibilities and probabilities needed to consider water landing scenarios that would improve the chances of a successful outcome, much in the same way as Captain Sullenburger’s famous miracle on the Hudson. This was a truly amazing feat aided with the help of a nearby infrastructure. 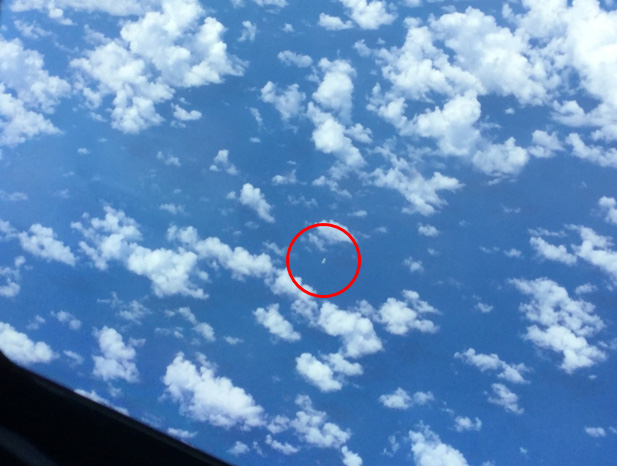 The difficulty in locating boats visually through various atmospheric conditions

ADS sought the help of ORBCOMM and their massive AIS database of maritime vessel locations. By using the near real-time data from more than 220,000 vessels, ADS engineers are able to provide a visual iPad solution for the pilot to use in the rare event a situation on the Atlantic, Pacific, Indian… you get the picture, were to occur. Our oceans are only sparsely populated with vessels that may be able to render search and rescue assistance, and atmospheric conditions can make the visual identification of these vessels very challenging. The AIS data allows the ADS software to pinpoint these vessels and offer flight path suggestions, allowing the pilot extra time to concentrate on bringing the plane down as safely as possible.

ORBCOMM, with its next generation satellite AIS infrastructure (18 active satellites and 16 ground stations), was the provider capable of offering the lowest latency AIS data along with the highest vessel detection rate, absolutely essential for time-sensitive, critical scenarios such as this.

The ADS solution is designed to help our pilots review, assess and deliver on their flight plans. With ORBCOMM AIS data, hopefully they can feel more secure as well, knowing that our oceans can seem a little less vast and isolated.

Jim Stabile is CEO of Aeronautical Data Systems Inc., an aviation and aerospace company located in Stillwater, New Jersey. Mr. Stabile was captain for a major airline for 30 years, logging 30,000 hours of flight time. He is a member of the Society of Automotive Engineers (SAE) A-10 Committee and a former member of the Air Line Pilots Association (ALPA) Safety Committee.